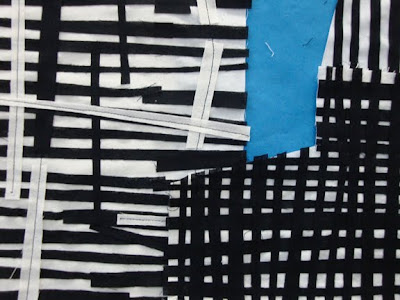 I've been working on some material for upcoming workshops I will be teaching this spring and I ran across an article by novelist Louise Doughty in which she was talking about how to get started creating a plot for a book. I felt her words were very applicable to anyone trying to begin a new creative endeavor. 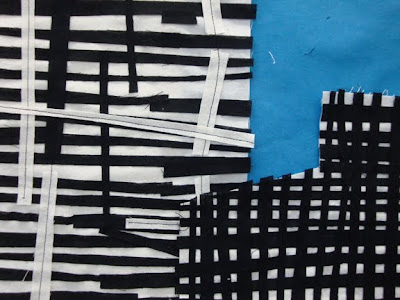 Here Ms. Doughty is talking about previous instructions to her students and she says, " Last week I asked you to take the material you have gathered and spread it out and put it into chronological order. I also asked you to fill in a few of the gaps in note form. What you were doing was plotting - and it really is as simple as that. When you are working on your first book, it is easy to believe that there is some holy mystery to plotting or structuring a novel but, at its most basic level, it is no more than a matter of you as a novelist deciding that this will happen, then this, then that...and if it doesn't work, you will change it." 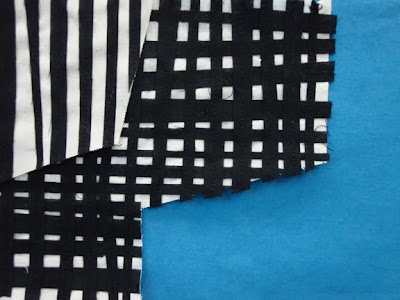 By George I think she's got it! I also think Jasper Johns said something along the same lines...."Do something and then do something to that"...and so on.
Often when creating a workshop exercise I begin by writting it out and then I do the exercise, even if only on a small scale, and see how it goes. Sometimes I keep it as is, sometimes I change something. The tiny samples pictured are some fabrics I made and began putting together in various ways to see if they might generate an idea for a larger work. I'm only working with 3 different constructed fabrics but I can see that indeed it could take me to a more complete work. 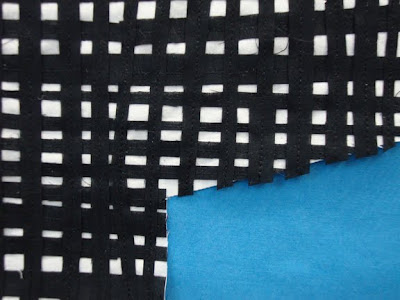 If you are sitting at home today longing to start something new but you just don't know where to start I'd like to suggest you make something small, then make another something that is somehow related and then another and soon you will have a nice little collection of things you can work with and arrange and respond to and all of a sudden you'll get a bigger idea and you're off! If that doesn't do the trick, start again. Observe what you have done previously and begin anew. 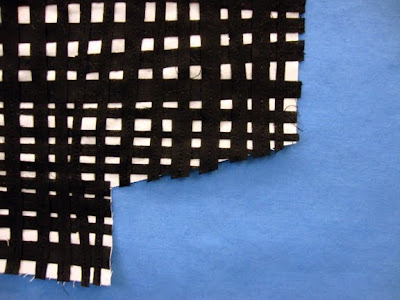 Ms. Doughty states later in the article that this doesn't mean that somewhere along the way you won't have to back up a little or do some planning ahead but you will have started and that is the most necessary step to take. Go ahead.....do it!
Thank you for spending time at Studio 24-7. I love hearing from you and remember.....
Commenting is FREE!!
Posted by Terry Jarrard-Dimond at 8:00 AM