The Transient Nature of the Physical World 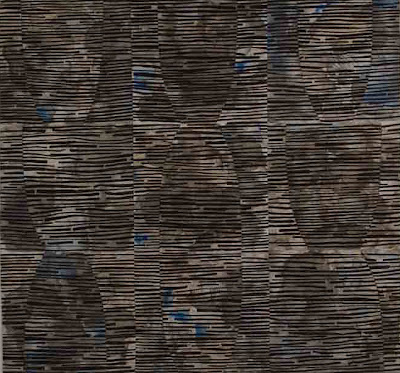 Vanitas is a work I completed early this year.  The title refers to the transient nature of all pursuits and physical objects.

Vanitas refers to a type of work from the 16th and 17th century which included symbols referring to death and decay.  These symbols might include spoiled fruit or skulls.  My use of the word as the title for my work is not intended to be quit that morbid but rather points to the figurative forms in this work which are partially formed or have missing pieces.  The work has a dense atmosphere which is created through the mottled tones of inks and tea.  All of the fabric has a layer of thinly cut strips of fabric stitched to the surface and when the fabric is cut and restructured the figures are created. 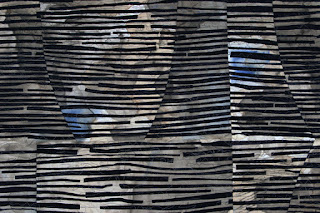 The idea of impermanence is often at the root of contemporary work where things melt, are burned, hammered, allowed to decay or are generally made from impermanent materials.  This work addresses impermanence through it's visual appearance.

Thank you for spending time at
Studio 24-7.
I love hearing from you.
Commenting is always FREE!
Posted by Terry Jarrard-Dimond at 8:30 AM