Residue - What is left behind 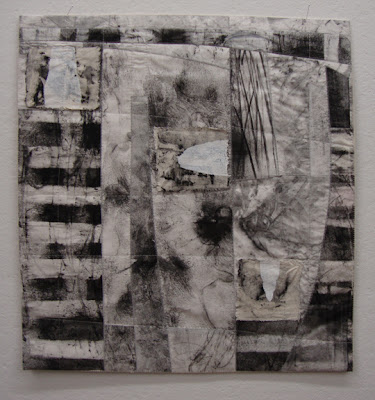 I completed the construction of Residue a couple of weeks ago.  I titled the piece Residue as it is made primarily from the "left-overs" from a couple of other pieces.  The only new elements are the three pieces with the white shapes which were screened on with paint and added to the composition.

I thought about this title for a bit and then looked up the meaning of "residue" to make sure I was correct in the usage.  The meaning in my dictionary was: a small amount of something that remains after the main part has gone or been taken or used. Perfect. 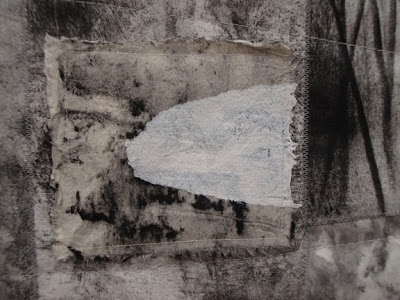 I have often worked this way or at least always found that the pieces of fabric I cut that don't work for one piece often find their way into other pieces just as they were left.  This happens because I have an established art vocabulary and while I hope it will always be growing and changing, there are certain elements which will remain constant. 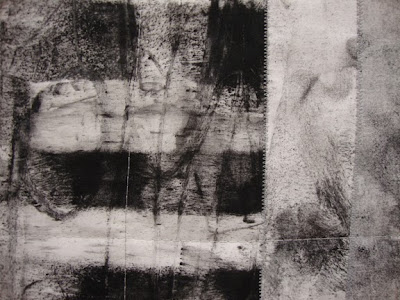 I'm at a point now where I need to go into the studio and make a large amount of new fabric.  This is the same as a painter who makes her own paints and has a very personal color palette.  You just can't run to the store and pick up what you need.  In the meantime I'll just keep sorting and looking at my scraps to see what else may be waiting to be used.

Thank you for spending time at
studio 24-7.

Commenting is free and always appreciated.
Posted by Terry Jarrard-Dimond at 7:30 AM